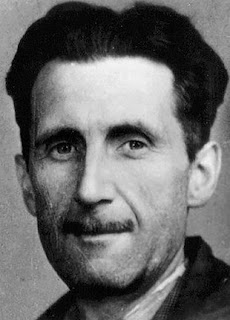 Some fifteen years ago I took a class in which one exercise stood out above all the others. The exercise was about story/perspective/truth. It was simple really, working in pairs we were told to write down our story, everything we could possibly come up with, about an issue that was keeping us stuck. Why can't I lose weight? Or, why did my boyfriend leave me? Whatever. When we were done, we sat in chairs facing our partner and read our story to them, over and over again, until we could see that it was just that, a story. Some people were so stuck on believing their words, their version of the truth, it took nearly an hour for them to give it up and make room for other options.
What is the truth? I like to think of it this way - say a dog runs into the street and is hit by a car. The owner of the dog might be upset at the driver because clearly they sped up when they should have stopped. The driver might be horrified because they tried to brake, their foot was on the pedal, but there just wasn't time. A bicyclist riding by might be laughing because he heard the scream of brakes and the owner calling out, "Oogity-Boogity, no!" but he was too far away to see the aftermath and realize a tragedy had just occurred. The vet who just happened to be walking by might have a have a pounding heart and a distorted view of the situation because of the adrenaline surge when she jumped in to save the dog only to realize it was too late. She might be angry with the owner for using a retractable lead without locking it and with the driver because he was speeding. All of these reactions are stories based on their individual viewpoint and what they believe happened. But the truth - a dog ran in to the street and was hit by a car.
People forget that we all have different backgrounds and points of view. It's human nature to protect our beliefs like they are the only truth, but it's important to listen to others, to accept that maybe we all see truth through our biases. Until we can communicate and see other's points of views, we all lose.

Great blog! Glad your back Cora.

Thanks for the visit and comments Cheryl and Bryan. And thanks, Cheryl, for your story about the dog--that really illustrates the point perfectly!