Hustle or Flow--Which is it?


THINGS I TELL MYSELF WHEN I START A NEW WRITING PROJECT:
To begin the creative process—you just begin, let it flow. Remind yourself that things can be re-arranged afterwards. If you don’t practice that, you struggle--until you can get to that place of flow. You start when and how it comes; a wisp of fog clearing into a vision, a musical chord or melody running through your head, the words of a poet striking an emotion, a feeling that stimulates a scene. All the elements of the creative mind are in a jumble needing to be unleashed with no condemnation during the process. 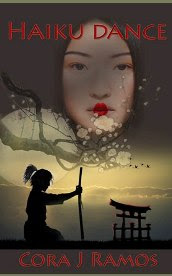 The year of writing and refining my newest novel, Haiku Dance, is finished. The publishing process was taken care of by my publisher, Black Opal Books where it will be up for preorder on April 2. (E-book on sale April 16 on most platforms)

But now I have to deal with the part I don’t relish. The hustle; the promotion and marketing phase. This is hardest, I dare say for most (but not all) authors (I’m of the former). I buck and resist it like a wild stallion.

Why am I even talking about this? Because during this intense and new phase (new because I did little actual promotion for my first book), I’ve been delving deeply into new areas studies I would never have dreamed I would engage in. It's avoidance at its best. Some of us are good at avoidance.

I recently read a book that gave me so much clarity I have to share a few of the ideas from it—TheVan Gogh Blues, by Eric Maisel. It’s a book about the artist (any creative—whether painter, musician, poet, writer, etc.—I talked to my hair dresser about this and she is definitely a creative) and the creative process of meaning for the artist. It’s about the highs and lows of the artist and the fact that virtually 100% of artists will have depression (think of this on a sliding scale; on one end —tired, having off days, or ‘being blocked”—to anxiety disorders or the maximum end of full-on depression requiring medication.

Artists also walk a fine line and are at greater risk for mental illness because of their problem filtering or blocking sensory stimuli into their brain (there may even be a gene that is tied to creativity and schizophrenia!). In my field of writing, so many of our well known writers self medicated with alcohol or drugs (Hunter Thompson, Raymond Chandler, Tennessee Williams, Dylan Thomas, Dorothy Parker, Edgar Allen Poe, Truman Capote, Jack Kerouac, William Faulkner, James Joyce, Ernest Hemingway, F. Scott Fitzgerald, Charles Bukowski). I won’t even go into the musicians who have! Thus they/we often seek large blocks of alone time.

It’s about finding meaning. If this is interesting to you, read the book for a more complete understanding.

During the past year or so, I’ve been running on several tracks at once (not exactly multi-tasking, but having several projects I’m working on at the same time). But I stalled for the past several months. I had to stop that pace and go within to reflect and block out the outside world (much of the reason I haven’t been posting to this blog consistently).

Those of you that have stuck with me and continue to follow this blog might recall that I began the year of 2015 delving into shamanism. This is one of the themes in my writing (Dance the Dream Awake) and I had the opportunity to study with a woman shaman and explore the three realms (lower, middle and upper worlds). Fascinating and eye-opening.

Now, you creatives will understand and not think I’ve wigged out. Probably not so much those of you with heavily logical minds that will pooh-pooh this. But that’s okay because I’m talking mostly to the creatives anyway.

So back to the drumming and ‘traveling’ that I did. It was powerful and the animal spirits responded to my efforts for months, confirming, challenging, affirming or tweaking my steps along the way. I can’t even tell you how loud and insistent the ravens circling my house have been!

I don’t see myself as a shaman but as one open to the many unseen energies that surround us and that eventually become known to science and are then given cultural acceptance (quantum physics). I’m only a seeker on the path who may run up against other people who are open to new ideas, stretching to meet new challenges and new processes for learning. We share and we learn, or not, from those exchanges.

I met a woman the other day (that claimed to have had a visitation from a Native American spirit that helped her pen her book—don’t we all wish it were that easy?) which caused me to examine and clarify my own path. Have I been in the closet about this metaphysical side of me? I’ve certainly not emphasized this part of my life publicly.  So I had to ask myself why?

Maybe because my path has not been a totally metaphysical one. I do have my other foot in the logical world because that is where manifestation happens and you damn well need to know the rules if you expect to make any progress in it.

And so I swung the other way for the latter part of the year (not January to January, but more like April to April) because I needed to find balance (for my Libra scales)—and do that marketing/promotion thing I procrastinated on—but can't escape. So I started to listen to advice from more practical teachers in the outer business world.

One thing is clear. Many people can be your teachers. We don’t learn by words. People ‘learn’ when the words resonate with truths they themselves have already concluded, or are on the verge of concluding, within themselves. The meaning I derive from my journey is my own. And every artist must derive their own meaning.

I will walk with you along your path as long as it is also my path. And when our paths diverge I will walk on alone. (a coraism)  (LOL, I’m liking these coraisms that pop up now and again) 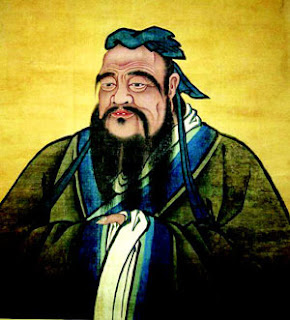 One of my hustle ‘teachers’ this week quoted Chinese philospher Confucius: I once did not eat all day and did not sleep all night in order to think, but there was no benefit. It would have been better to study.
My teacher took this to mean all the answers are not within us and are outside us; external.

What? EEGADS! Not a message that resonates with me.

Did he really deduce that? So, let me get this straight—because Confucius ONCE tried a meditation for one 24 hour period day and found no benefit, this ‘teacher’ concluded that all the answers are not within us but outside us?
(Do I detect a fork in the road for me?)

My response would be from Confucius himself,

By three methods we may learn wisdom: First, by reflection, which is noblest; Second, by imitation, which is easiest; and Third by experience, which is the bitterest.
(Reflection is within us—and is noblest, according to Confucius)

I think this incident highlighted for me what Maisel said in his book. Each artist must find his own meaning. Walk your own path, find your own way by whatever means possible, keep an open mind, but don’t get thrown off by all the advice or criticism of others. Explore, experiment, get new teachers--and move on when they no longer fit--but keep to the path that holds meaning for you.

For some it will be through books—a fabulous way to learn quickly from those that may have maybe gone farther along the path and learned some things to share. For others, the path of exploration in the outer world is necessary—but whether inner or outer, aggressive or fey—do your thing and do it with enthusiasm!

And now off to hustle on that book promotion—my way. Join me on Facebook. I'm experimenting with paid ads on my fan page--and--you can view my new website if you like.

***Oh, by the way, sign on to my email list/newsletter (on the right) and you'll get one of my unpublished short stories for free in thanks.

Believe me, you will not be bombarded with lots of emails--just look how long it took me to get this post up! I'm not exactly like the speedy hare, but more like the steady tortoise.

Do you relate to this artist-needing-meaning thing? I'm interested to know.