I haven’t posted for a while because I've had so many different emotions and thoughts flooding me about this whole political atmosphere we’ve been going through—are still going through.

I have my up days and I have my down days and the yoyo spins between the two. The Washington Reality Show has many of us flailing to maintain balance. It’s been an unsettling time (to say the least) for artists trying to create art. The emotional turmoil is real. And I’m astonished at the reactions which vary from “fight to never go back,” to the passive “send out love and let’s wait and see.” I’m of the former clan for this time in history, and I can’t stay silent. (And although I believe in the power of Love, as the Bible says, "There is a time for everything under the sun.")
So, this morning I decided to try a different tack and see what other writers were saying (other than those on my Facebook feed that react to the latest horror with astonishment, tears or angry emojis at the latest new horrors being unleashed on our democracy.)

Rather than my own rant on loving your enemy or one of 'Don’t Tread on Me,' I decided to let you hear the words of other writers out there.

I found:
Writers Resist –BostonWriters Speak Out Against Trump
Anita Walker caught my attention on the video when she started with, “Many artists are struggling with dueling impulses; an impulse to heal and an impulse to confront.”

So I continued to listen to her speak the words of Martin Luther King and President John F. Kennedy: 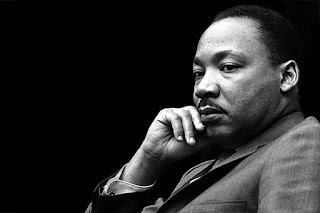 MLK: “True peace is not the absence of tension. It is the presence of justice.” 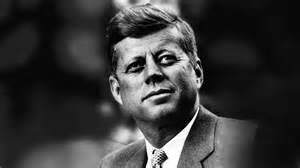 JFK, (to the role of the arts in a democratic society at an event honoring poet Robert Frost):

“If sometimes our great artists have been the most critical of our society, it is because their sensitivity and their concern for justice, which must motivate all true artists, makes them aware when our nation falls short of its highest potential. We must never forget that art is not a form of propaganda. It is a form of truth.

"It may be different elsewhere, but in a democratic society, the highest duty of the writer, the composer, the artist, is to remain true to himself and let the chips fall where they may.

"In serving his vision of the truth, the artist best serves his nation. And the nation which disdains the mission of art invites the fate of Robert Frost’s hired man; the fate of having nothing to look back to with pride and nothing to look forward to with hope.”

Anita Walker continues on the video, "President Kennedy believed in the power of the arts and he believed that power was embedded in the honesty of the artist. Art can exist in a totalitarian society, but there is an enabling relationship between the artist and a democracy.

I found this on Literary Hub, An Open Letter to the American People:
Asked why he signed the letter, Richard Russo responded on Twitter:

I signed the letter because, as Dr. King once observed, history
proves that there's such a thing as being too late.

So, now that I see and hear and feel the support of some of my fellow artists that perceive and feel as I do, maybe I'm encouraged enough to get some writing done today.

Stay positive, stay strong, keep hope alive—and take an action to make it so. Don't be so passive that you crawl into your shell and hide. That won't help you or your country.