A Matter of Hibernation

How are you doing on those New Year’s resolutions? Did they fall by the wayside yet? Are you achieving some of them? 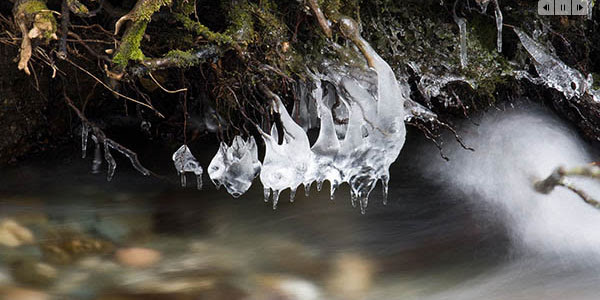 I don’t do New Year’s resolutions. Here’s why:

After many rounds of the time wheel (I’m still in Mayan mode), I have learned that I need to hibernate in winter and it is winter here in the San Joaquin Valley of California.

We don’t put much thought into what Nature is telling us in our modern, electronic-gadget filled world, but we are not electronic beings. We are children of Nature, with a capital N, and we should listen to our mother. Many creatures of Nature hibernate in winter—or at the very least, their activity is limited because cold slows everything down.

What does hibernation look like for a human? Reflection, taking stock, sleeping more, fewer to-do lists, re-evaluating our life, to name a few. Think about your spiritual, physical, mental and emotional bodies or states. Tend to them—make sure you are taking care of each one.

I have read a lot of blogs this month and there is a rush to activity—make those goals, get on the bandwagon, push to achieve, do more, hurry—all increasing stress at a time when we should be reducing stress. This can easily lead to feelings of failure when we don’t measure up to someone else’s goals (or our own that we have made without proper reflection)—and we aren’t even out of January yet.

For some people, that may be a good strategy. Maybe their hibernation period is much shorter or at a different time of year, but it is not who I am, and I suspect not who many of you are. I have found that when Nature tells you to slow down for a bit and you don’t listen, you get ill, which is Nature’s way of forcing you to slow down.

What if we thought of hibernation as a soup; the ingredients gathered throughout the year—books read, new skills learned, emotional highs and lows, physical trials and challenges and periods of spiritual renewal. Now that the ingredients are in the pot, we add lots of water (something you probably don’t do enough of in the winter-drink water) and let them simmer over a warm fire during the cold months, until done. The timing is personal. Only you know when your soup is done.

I used to think January was a bad month for me. Everything seemed to go wrong this month, every year, and I would inevitably feel depressed. It took me a long time to understand I was pushing when I should have been pulling—back, and letting go. Nature has its seasons.

Think of the fable of the Tortoise and the Hare. It is not the hare, jumping around, back and forth, bragging about how much faster he is than the tortoise, who reaches the finish line first, it is the slow and steady progress of the turtle that wins the race.

So if you have blah energy, feel uninspired, or have thoughts that you are not measuring up or not doing enough, maybe you need a hibernation period. Be kind to yourself, remember you are not a machine; you are a child of Nature.

What is your finish line-the long range goal to which you aspire?

Are you a tortoise or a hare (hares definitely get things done-but that's a different post).

Is your soup still stewing or is it ready to be eaten?

Let’s hear your comments on this subject. We all learn when we share.

What Good Can Come of the Flu?

With influenza at epidemic proportions right now, you might think I asked J. L. Greger, biologist, to speak on how to avoid flu dangers. No. Being that you could probably use a break from the nightly news on that subject, which may or may not have you freaked out, here is Janet's suggestions on where to find writing ideas--and information on her new medical thriller. At this time of year, I could use some ideas for germination while I continue hibernating a few more days (weeks?).  So, here's Janet:

Where do you look for ideas?
Young women thumb through endless bride magazines hunting for the perfect wedding gown. Middle-aged shoppers, who no longer have the stamina to trudge through malls packed with teenagers, peruse mail order catalogues looking for clothes that will make them look thinner, more attractive, and/or younger. Where do writers go for ideas - that thing called inspiration?

Inspirations for writing can come from anywhere.

Old habits are hard to break. So even though I’m no longer an active scientist, I continue to scan articles in science journals. When I read how a few mutations (changes) could turn an animal flu virus into one that can infect humans, I knew that I had the basis for a medical thriller. Then I read John Barry’s The Great Influenza. The statistics were staggering – more than 50 million people died of flu during 1918-20. Coming Flu, a medical thriller, reflects my answer to the question: What if a new, unstoppable flu virus hit a community like mine?

Like everyone, I see many endorsements of weight loss regimes and products on TV. Some of the so-called “delicious shakes” pushed by famous people look pretty bad. And the sizes of some of the servings of food in these promotions make even small salad plates look large. You can see I’m a skeptic. Hence the underlying question for Murder: A New Way to Lose Weight is: What if you couldn’t trust the diet doctors promoting these diets and products? Some would say that is a given.

I like to travel, especially to locations a bit off the beaten path. As I was sorting through cheap souvenirs and postcards from a trip to , I spied items from , which are becoming the basis for my third novel. What are they? If I tell you, it’ll ruin the surprise

Where could you find ideas for your writing?
Several authors have created cozy mystery series, based on their hobbies (such as cooking and quilting) or their pets. Others find travel to exotic locations a source of ideas and tax write-offs. But you don’t have to travel far for ideas. Have you ever wandered down a street in an old section of your hometown and wondered what happened behind those facades last year, ten years ago, or even a century ago? And, if all else fails, turn to your dreams and nightmares. What if the gray, humped-back man, who lived in your bedroom closet when you were four, was real?

It’s just a matter of asking, what if?

Bio: J. L. Greger, as a biologist and professor emerita of the University of Wisconsin-Madison, enjoys putting tidbits of science into her medical thrillers and mysteries. Coming Flu (published July 2012) compares two killers: the Philippine flu and a drug kingpin trapped in a New Mexican community, which is quarantined because of the flu. Murder: to Lose Weight (to be published March 2013) will make you think twice before you begin your next diet.

Do you need inspiration at this time of year?  Where do you get your inspiration (this
is a question that everyone wants to know)?