Art is a Lie 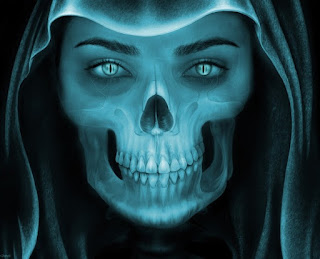 In this season of discontent, where people are left feeling worried, fearful, and discouraged at the political climate, I found myself sleeping for long hours—and still remaining tired and listless. I began binge watching the 2013 TV series, The Fall.
(A psychological thriller that follows the lives of two hunters, one being the serial killer who preys on his victims in and around Belfast, Northern Ireland, and the other, the female detective from the London Metropolitan Police who is tasked to catch him.) 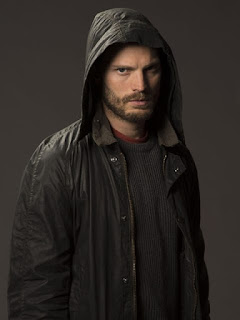 Is it any wonder I awoke one morning with a terrible feeling that the world is crumbling into chaos. It led me to reflect on something the serial killer, Paul Spector, said.  (Did you know they have a whole page of his quotes? His character is a well read, intelligent serial killer.)

“Art is a lie. Art gives the chaos of the world an order that doesn’t exist.” Spector

I spent the morning researching and reading, trying to understand Chaos Theory. (Whew, that’s a tough nut to crack!) Life is always in chaos, I just hadn’t thought about it in that way before.

With this election many feel the effects of chaos. Especially the artists, the sensitives, the empaths. But it shook us to the new reality. And how we react going forward will determine our future—any number of possibilities.

People act irrationally—against their own interests, because of the pain and patterning we all receive in childhood. (more about that can be found here; A Chaos of the Mind. )

There are an infinite number of combinations to the “why” people do what they do. From the above link on depth psychology, quote:
“As adults, we like to think we’ve put away most childish things. But infantile and childish ways of experiencing ourselves and life linger in our unconscious mind. That child in the adult’s psyche can be highly mischievous and harmful, producing chaotic reactions. Early childhood’s influences on our adult experiences have parallels to the scientific concept of Chaos theory.”

Why did so many Germans look the other way at the rise of Nazism? They listened to all the “reliable sources,” that pandered to the needs of the human psyche at the time; all is well. Nothing to be concerned about. This will pass. He doesn’t really mean it. Hitler is not really a threat. Just make nice and everything will turn out okay. The childish need to assure ourselves that all is well; the big people in charge will take care of us.


Gore Vidal said, “At any given moment, public opinion is a chaos of superstition, misinformation and prejudice.”

“People don’t change when they are comfortable. We cannot just legislate our way out of human problems. We cannot change the world by changing the rulers.” Prince Ea


“In the midst of movement and chaos, keep stillness inside of you.” Deepak Chopra
“Chaos is inherent in all compounded things. Strive on with diligence.” Buddha

Some want to go back to the way things were. But “back” no longer exists. And back to where, to what? Like a painting that captures a moment in time, the conditions that existed are gone forever. The artist grows in skill and knowledge but that painting remains as a representation of his knowledge and expression at that moment. There is no going back to unknowing, to naiveté, to innocence, to a dream that’s now faded.

If you were able to go back, that would mean unlearning all you’ve learned, giving up all you’ve gained, un-meeting all who’ve come into your life—you don’t get to pick only the good—you get the pain, sickness, evil as well—all of it. And our minds tend to soften and forget the unpleasant things we wouldn’t want to repeat.

So wake up to the new reality of now.

I’m especially troubled at the calls for love and peace and harmony—in the guise of being spiritual—but passivity does not equate with spirituality. Wanting to go back to the way things were. A happy ending. Putting our head in the sand and pretending the world did not just change in a big way is childish.

Spector was right, we (the artists of our experience) try to give the world an order that doesn’t exist. From here we have to awaken and become responsible for our actions. Know that our actions and choices have consequences. Have we made a choice that really just gives power to someone to make our choices for us? Oh, the Hitlers, the Caesars, the Kings and Emperors of the world love that. They like to wield power over people—make choices for them—the sheep, the children, the ones who don’t want to have to be responsible.

It comes down to working on ourselves; making ourselves knowledgeable and thoughtful so that our choices going forward count for something we really believe in.

As artists, writers, musicians, poets--do we mirror the chaos of the world as it is so we can see ourselves more clearly and be the still small voice of thoughtful reason in the noise and clatter. Or, do we idealize the world and continue to live in the happy illusion that everything is fine? Each must decide for himself.

Chaos Theory aside (I LOVE the stuff about Chaos Theory in Jurassic Park. Did you ever read that book?), people are mired in dysfunction. Dysfunction results in chaos. Yes, the world is chaos. Yes, people are dysfunctional. The dysfunction is a product of the family and world environment we live in and grew up in. Our dysfunctional behavior is a product of coping with our experiences. Humans are flawed. People are evil, good, leaders, followers, misguided, naive. WE ARE FLAWED. We are now destroying our world, and I personally don't think it will be saved. It will take hundreds more years, maybe thousands more, but I think people are going to end up destroying our planet. Or perhaps just civilization.

But this is LIFE. We either just have to live ours the best we can or kill ourselves.

On that happy note, time to get ready for Thanksgiving Day!

Tacking onto my previous comment: People do the best they can, whatever their best is. It's just that some people's best isn't very good. It's all a continuum.

Your comments made me laugh. It does feel very hopeless right now. I'm still trying to 'get on my feet,' so to speak. I know I will but the sands are shifting quite rapidly right now and I was never good in the fun house where the floor tilts back and forth while you have to try and get through.

No I never read the book but Chaos Theory strangely gives me comfort. If chaos is the nature of things, they can change at any moment into another, better situation. We will have to see what develops.