“Synchronicity is the simultaneous occurrence of two or more meaningful but not causally connected events.”

We flew out of Mexico City and on to Oaxaca. It was our plan to visit the famed El Tule Tree, situated in the courtyard of a 17th Century church. (El Tule has the largest biomass of all the trees in the world and is 2000 to 3000 years old.) 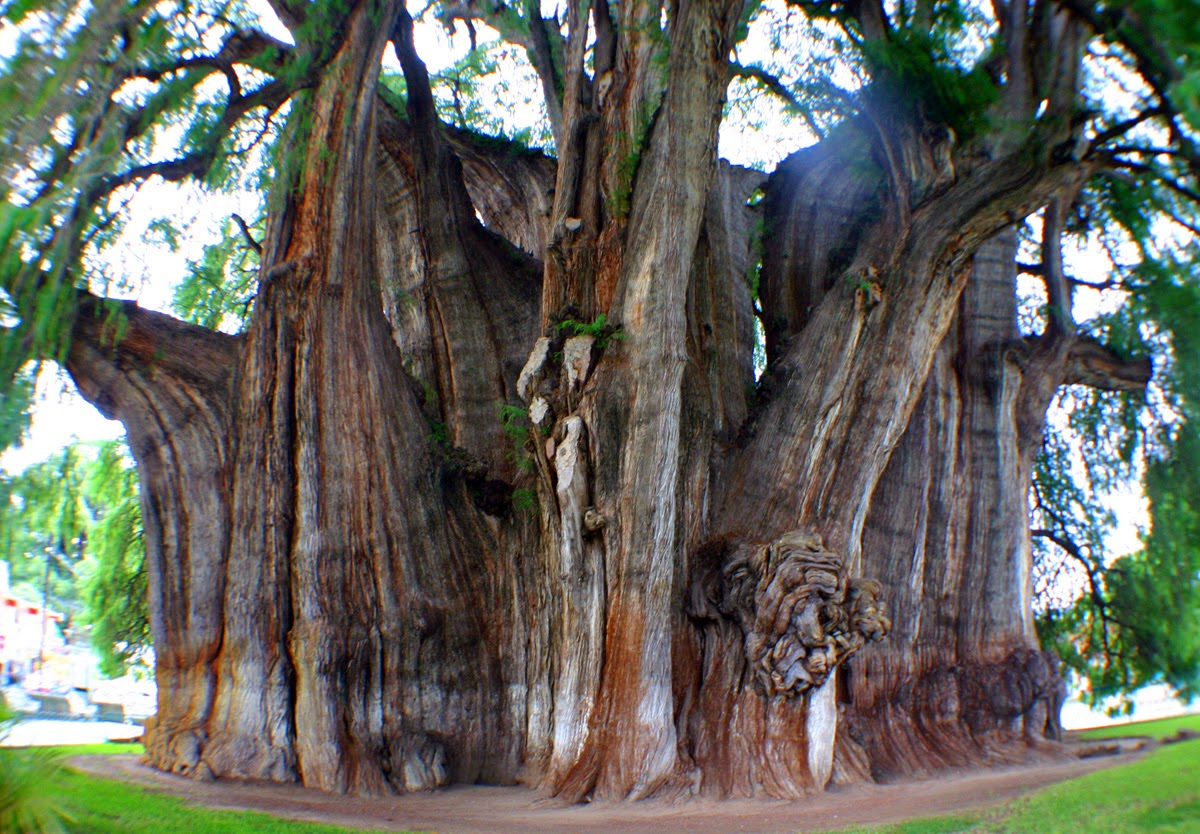 Before dawn the next morning, we took a cab to Santa Maria del Tule. The little village was just waking up, with small set-ups in front of houses for coffee and breakfast breads. We sat at an oilcloth table, amidst the smell of meats and breads being prepared for morning breakfast, and sipped our coffees while waiting for dawn and the day’s gathering around the El Tule. It was one of the designated power places for people to congregate during the two days of the Harmonic Convergence.
We were drawn to join the strangers that were gathering around the huge tree, mostly Americans and Europeans.  As these things often happen when the energy is high, we organically fell into an easy communion, eventually holding hands while trying to surround the tree with our shared energy. There were not enough people to completely circle the tree while holding hands, and I remembered being profoundly saddened by that.
As I focused on sending loving energy, I opened my eyes to see a bird hovering in a crevice at the roots of this huge tree. No one else seemed to notice. I suddenly sensed the bird was dying, and had the thought that the tree was dying as well. Was this a metaphor for a dying world? The world as we know it in the last chapter of its existence? (Three years later, in 1990 it was announced that the tree was indeed dying)
The original hippie movement was founded on the belief that the ‘age of Aquarius’ was dawning and the Picean age was dying out--based on astrology and the indigenous beliefs from around the world. The Maya marked this through their time/cycle keeping skills—a bookmark in history. Their baktun of 5000+ years was ending while the new cycle was about to begin. Going forward, nothing seemed to happen, but looking back we see how many changes there have been since 2012.
So much hype surrounded the end date of the Maya’s end cycle of Dec. 21, 2012, confusing the world. The Maya never predicted catastrophe (no matter how many self-styled prophets said they did), it was simply the ending of a very long age, and on the following day, the start of a new one.
At some point it became too sad for me to stay and focus on this dying energy of the bird and the tree, so we walked to another part of the courtyard where we found a man and woman kneeling and planting a new seedling tree. Were they shamans, I wondered?
No one was standing around them holding hands, feeding this positive action. Only my husband and I stood and watched them plant and bless this new tree that would grow to shelter and shade those who would come much later.
Here was the hope that even though our world might be dying, a new one was being born—hopefully one of inspired creation. The Maya marked this time for us to know it was an important event—but we lost the Maya writings and the secrets they held that might have revealed more. Or did we? 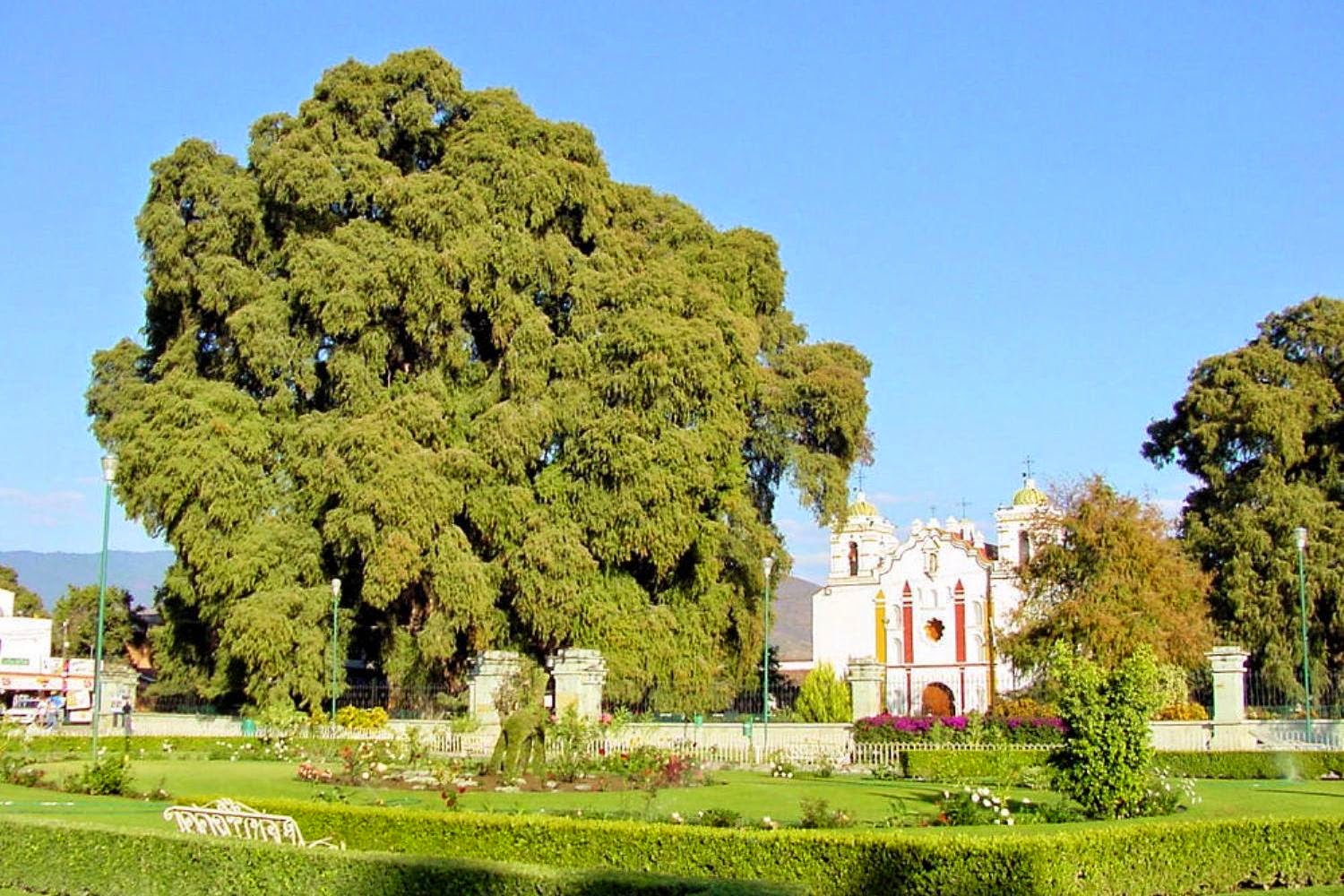 We wandered over to the church. Outside, an old blind man, and young boy we assumed was his grandson, stood at the doorway. The man was singing Las Mañanitas (a song often sung to women on their birthdays), his veneration ritual performed daily to the Virgin Mary we were told.  And a synchronistic happy-birth-day for the new cycle?
Here is an excerpt from the past life in Dance the Dream Awake—the Old One speaks to young Ixchel about the changes that are coming to the Maya….

The fire flared and I closed my eyes. I saw through Ixchel’s eyes. . . .
*
Ixchel sat in front of the Old Itza. He carefully reached into the folds of his garment and pulled out a pouch of softened hide. 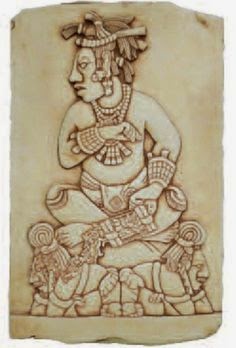 “Here,” he said, while pouring out three stones onto the earth before them, “are the powerful gifts from the Nine Lords of Xibalba. Long ago, they left the earth to guard the Nine Hells. They gave these to the sacred priesthood of the Feathered Serpent. The other priests have all gone. I am the last priest of both the Feathered Serpent and the Were-Jaguar.”
Ixchel fidgeted, hearing the familiar story. He closed his eyes. Ixchel quickly sat up straight and placed her hands back on her knees in respect.
He continued, “Now, the priests of Ah Puch rule. There is blood and death everywhere. The exalted gods no longer heed the prayers of our people. The end is coming soon.”
He paused and looked at her. She knew that look. He was about to tell her something important. She tried to sit straighter. . . .
*
When I opened my eyes, I lay on my side watching the embers give off their last few spurts of flame before sinking into a dying glow. The fine sand of the cave floor felt cool beneath my cheek. Louisa’s shawl was still around my shoulders. The morning light had squeezed through cracks high in the ceiling and shone into my eyes. How could it be morning? It felt like I’d only just closed my eyes.
I pushed myself up on my elbows and looked around. Louisa and Marta were gone. Juana lay sleeping nearby. I lifted my hand to brush away the sand on my face and found the beads entwined around my fingers. So it had been Marta and Louisa who took the beads. But why? And even more strange, why had they now returned them?
*

Next week, I'll share a little bit of history of the Maya, and since the novel is a romantic suspense, I'll have an excerpt of the budding romance between Tessa and Nick, an archaeologist working a dig at one of the ruins in Coba.