Mining for Murder at a Mystery Conference

Because I was away this weekend, taking in Left Coast Crime Mystery Conference in , I thought I’d give you a glimpse of some of the advice, tidbits and insight I got from one particular panel session called Criminal Minds.

The Guest of Honor of the conference was John Lescroat http://www.johnlescroart.com/meet-john/ (New York Times best-selling author whose books have been translated into16 languages in more than 75 countries)
Since one of the basics of fiction writing is “show” don’t “tell,” John was asked how he shows what is in the mind of his characters. For one particularly difficult character, he wrote out 150 pages of interior monologue expressing how this character would think, act and approach life. When he went to write this character, he was able to show through his actions what was in his character’s mind. He used none of the 150 pages  —those he discarded because they were for the sole purpose of getting him deeply into the mind of his character.
When he begins a new novel, he starts by taking out his list of 14 motives for murder, and picks a motive. Asked what his 14 motives are, he said to email or Tweet him and he would give you the list (he didn’t have it with him).

Author, Rick Reed, http://www.rickreedbooks.com/ retired detective, had some fascinating stories about his life as a detective and his capture of serial killer, Joseph Weldon Brown who had claimed fourteen victims. Rick’s subsequent interviews with Brown clued him into the criminal mind and gave him fodder to write his novels. Brown was given a second life sentence after he strangled his cell-mate in prison. In one of his interview sessions with Brown, Rick asked that Brown be allowed to be unshackled so he could express himself better while they talked. At one point Brown reached over, put his hands around Rick’s neck and began to squeeze, showing him how he strangled his victims—a sobering moment. 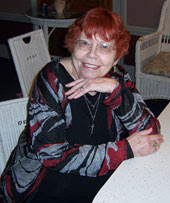 I had originally chosen to catch a different panel but my author friend who gets around a lot on her book promotion tours, said we should go to this panel because one of her favorite writers was on it and it would be a good one. (My friend, Marilyn Meredith, http://fictionforyou.com/author.shtml was one of the very earliest authors to embrace e-publishing. She has several (lots) books that are available in both e-format and trade paperback, among them, the award winning mystery Guilt by Association. Her favorite writer friend on this panel was:

William Krueger http://www.williamkentkrueger.com/books.html "William Kent Krueger can't write a bad book. Northwest Angle is one of his best. A complex crime novel that contains meditations on the difficulties of loving and the paths we take to reach God, this Cork O'Connor novel has everything you want in a great read: depth, action, and credibility."—Charlaine Harris, NYT best selling author
He was delightful to listen to, and on the recommendation of my friend, he is going on my TBR list. 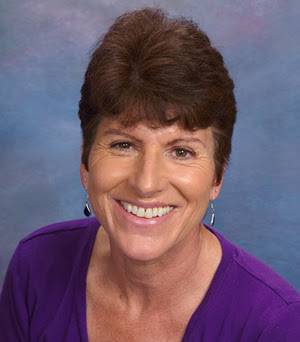 L.J. Sellers http://ljsellers.com/ and http://crimespace.ning.com/profile/LJSellers
L.J. started out as a reporter. She would search out the stories and when she was frustrated with not getting all the answers, she started writing fiction. “When we can’t find the real story, we make one up.” Human are made for stories—we must have them. She writes thrillers and mysteries. 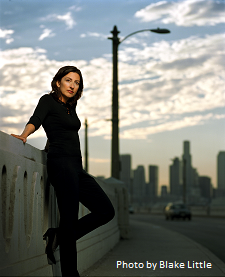 Denise Hamilton http://www.denisehamilton.com/ was the moderator of this panel (she has a long list of credentials for her writing (finalist in Edgars, Anthonys, Macavity and Willa Cather awards); won the Edgar Award for “Best Short Story” and the So. California Independent Bookseller’s Award for Best Mystery of the Year.
A mystery and thriller writer, she also moderated another panel I caught on Sex in Mysteries which was hilarious.

So now I need to digest all the fun and get back to my own writing.

Do you like mysteries?
Have you ever read a mystery?
Do you have a favorite mystery author?

Sounds like it was a great weekend for you! Thanks for the great links. I'm going to have to try writing out interior monologue for my characters. That seems like a really good idea to get into the character's mind more deeply.

I do like reading mysteries, though I'm not reading many these days.

Thanks Tami, it was fun. I thought that was a great idea, too.

The whole con was great--and I truly love Kent Krueger's books. It doesn't hurt that he's a really nice guy too. And Cora, it was fun having a chance to spend some time with you too.