Do We Need Electric Sheep Now? 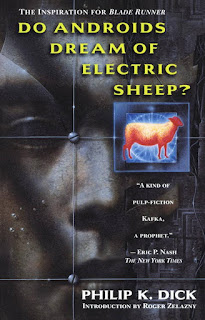 As I mentioned a few blog posts back, I’ve always loved the Scifi movie, Blade Runner. It’s only been this past week since I bought and read, Do Androids Dream of Electric Sheep, the book upon which that movie was based. They are not the same. The novel was eye opening and now I see why Philip Dick is so acclaimed. 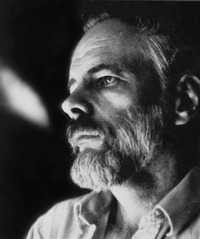 One big thing that made an impression on me that was left out of the movie (thus the name change from book to movie), is a future much like the one we might be headed toward. Of course there are all kinds of time lines/possibilities in our future, but we have stepped onto a sad and dangerous path that appears to be heading toward more annihilation of the environment and the people and animals on it. More and more species are becoming extinct as the land continues to be ravaged for greed’s sake.

In the novel, man has killed off almost all species of animals (most extinct)—and poisoned the environment. He has then made android animals. This allows Rick Decker (our android hunter, main character) to be able to pretend empathy by feeding and caring for an electric sheep he keeps in a pen on the roof of his apartment building.

More and more ‘kipple’ floats to the ground every day, swirling in the air from all the poisonous stuff made and discarded, or left behind after a cataclysm that sent most of humanity to “outposts” in the sky.

With all this desolation around, the people remaining have to have mood adjusters to deal with the depression and emptiness that abounds. There are machines to hold onto that raise one’s mood and the 24/7 TV show of the man god called Mercer who talks endlessly.

This dystopian novel prepared me for the feelings I would have at the results of our Presidential election. I hope we are not headed into this nightmare scenario: the snake oil salesman whips into town promising the perfect elixir to cure all your ills. But being the master at diversion and deceit, he has no real cure, and is only there to take your money before moving on to his next opportunity, leaving disappointment and worse behind; no cures, no hope and no money.

But there is hope—there’s always hope. After this election season, we still have the concerns of our daily lives and local issues to deal with. So I’ve decided to open up my other Facebook page that some of you might like to visit for new/old ideas and speculative, creative solutions for a brighter future. I’ve called it ANCIENT WISDOM ~ RE-IMAGINED. If you go and find that it stimulates your own creativity and gives you hope for a brighter future, like and share it. But above all, stay centered and positive.

“Maybe each human being lives in a unique world, a private world different from those inhabited and experienced by all other humans. . . If reality differs from person to person, can we speak of reality singular, or shouldn't we really be talking about plural realities? And if there are plural realities, are some more true (more real) than others? What about the world of a schizophrenic? Maybe it's as real as our world. Maybe we cannot say that we are in touch with reality and he is not, but should instead say, His reality is so different from ours that he can't explain his to us, and we can't explain ours to him. The problem, then, is that if subjective worlds are experienced too differently, there occurs a breakdown in communication ... and there is the real illness.”
― Philip K. Dick

I also worry about the environment and wildlife. Unfortunately, because of population growth, nature has a dire future.

Keep the faith. I know you do.

I will too, and I'll keep feeding my live goat who probably dreams of electric people.

FUNNY! I'm sure more animals than your goat dream and wish for electric people. When the electricity goes out, poof!

thanks to you such a great amount for sharing stunning tips.
Visit architectural design studio!

https://cgiflythrough.com
Thanks for sharing!