Who is Twinkle Jackson?

I am part of a rowdy bunch of writers who are writing a crazy cliff hanger series called Lather: The Twinkle Jackson Story--a Round Robin of sorts (very out-of-sorts). We all have different writing styles, genres, etc., but one thing binds us all, our love of writing--anything. And this is definitely an 'anything goes' story. Now, it's my turn for a little fun.

To catch you up, read previous chapters on these blogs: 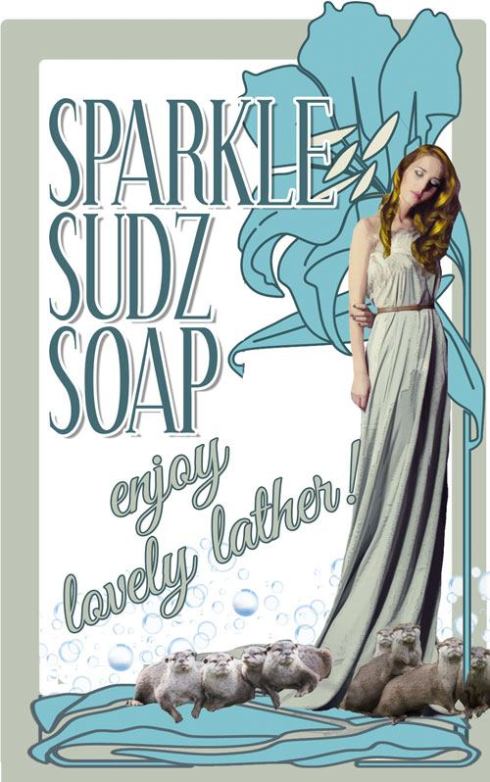 “No, No, No, I can’t help you save Bikini Bottom. I’m not buying into any of this,” Twinkle jumped up and down.  “La, la, la, la,” he sang as he bounced through the front door of his house with his hands over his ears, his curly hair bouncing like a slinky.

“And, I’m not part wooden-headed Juniperian and Earthling. I’m not, I’m not. And I don’t want any part of this weirdness.”

Jupernia ran after him. “Son, listen to me,” she hollered. “You’re freaking out. Where are you hiding? Twinkle, we have to hurry because the sappy mist over Lord Lobster’s space ship will only last one hour. Then he will come after us with a vengeance.”

She followed him through the house exclaiming, “My—oh my! This hoarding has gotten really bad.”

Twinkle was hiding under the pallets of soap and other shrink-wrapped items stacked in towering piles in the corner of his bedroom. She shook her head. Twinkle realized his mother had no idea how bad it had gotten around their house with his father's obsession.

“I am so sorry, son.” She reached her hand out to him. “Leaving you was not what I wanted to do, but I have to save my planet because if I don’t, Earth will be next. And you need to help me.” One of the spurs sticking out of her back pocket caught on the shrink wrap and tore it open. Tins of paprika fell to the ground. "What’s this?”

“Oh, that’s some of the other stuff dad collects. Paprika.”

Jupernia pursed her lips, put her fingers to her chin and looked up at the ceiling. “Paprika, Huh? This just might be the answer!” She grabbed Twinkle by the arm and dragged him to the basement and into Geraldo’s home workshop. He was sitting next to his workbench, eating a can of the many refried bean cans stored in the basement, along with his unfinished toys scattered about. He looked up.

“Well, well, my wife has returned.” He pulled out a bean stuck to his moustache and popped it into his mouth. “Why have you decided to return to our humble hovel, now, dear? Run out of trees to climb?”

Twinkle could see fire flare in him that he hadn’t seen in a long time. His father had grown some, and  was pissed—big time. A fight was brewing, and he didn’t want to be around when it exploded between his father and mother.

He felt the vibration in his back pocket and announced, “You two need to talk--alone--and I need a ground-up-bark-malt to calm me down. I’ll be in the kitchen.” He grabbed a bunch of maple wood ships and bounced up the stairs.

He threw the chips in the blender, added milk and flicked on the blender before opening his phone to the text from his girlfriend, Surnia.

“Crazy here. Need to get away. Meet me at the park?” He took a big gulp of malt and sighed. His wooden-head disease eased and his head cleared a bit.

Surnia always knew how to ease his wooden-head hair, but boy would she be surprised when she saw his conditioned locks today. He could almost feel her fingers running through them. He sighed before heading out the door with a plastic tumbler of the remaining maple malt, past the spaceship on his way to meet Surnia.

Meanwhile, Jupernia had calmed down and told Geraldo the real reason she left him. “We can discuss this all later,” she said softly as she touched his cheek. “But right now,” she said with a commanding voice, “we have to hurry and do something before Lord Lobstar’s minions break the sap-mist code around their spaceship that is sitting out in the garden on top of your squash plants.”

She whipped out the can of paprika. “And this is how we are going to do it. Paprika will deter ants and stink bugs, why not Lobstar? Come on.” They went upstairs and pulled out her stash of essential oils which were still in the junk drawer. She chose lavender. “Grab one of the boxes of Sparkle Soap Suds. If this does the trick, it might even smell better around here. Do you even realize what your hoarding smells like?”
***

What will the concoction do to Lord Lobstar—will it work to stop this invasion?
Will Jupernia’s idea save Bikini Bottom?
What exactly is her idea?
Why did Twinkle abandon his mother right now for his girlfriend Surnia? Will she play a part in saving the planet?

So many questions, so little time.

Read the next exciting episode next week here at:

Nice touch with the paprika. Sherri now has two weapons in her arsenal. I am very curious how she will use them. Nicely done Cora.

I'm hung up trying to imagine what ground-up-bark-malt tastes like...
Strong work, Cora!!!
;)

Poor Sherri has a lot on her plate. I'm curious how she will handle Twinkle's new friend, Surnia. I couldn't resist. Glad I don't have to tie this all up.

I wonder if the maple bark tastes sweet-ha, ha.

One of the things I've so enjoyed is getting to see what the focus will be for each chapter. I love how each of our writing styles and interests come out. The characters and the setting has turned and twisted in such surprising and fascinating ways from chapter one. Well done on another interesting and solid chapter, Cora!

Oh, Cora! I'm so pumped after reading your Chapter 8! Soooo funny and well presented! I love the Paprika Connection! You did a marvelous job of keeping all the ends tucked in yet expanding the horizon greatly! I also learned something about bug repellent, so good job on that too. Love it!!!

Oooo, a love interest! I love the addition! Great, Cora :)

LOVE the subversion of expectation, Cora. Love Twinkle's tantrum and sneaking out to see his girlfriend instead of saving the world. Fabulous. Nice to see someone remembered the phone in his pocket too (although I'm wondering how it survived the water dunking - heh!).

Well, crap. This is going to be quite the task, isn't it? LOL. Next installment coming in a few days.

I never suspected that paprika could have so many practical uses. I might have to keep some on my keychain. Great job, Cora :)